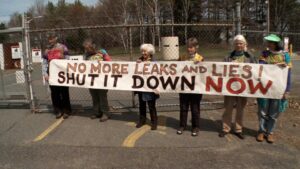 Activists getting active on multiple fronts!

Half of all funds raised from tickets sold through the link
will be given to Nuclear Hotseat
to support the ongoing work of producing the show.

CLICKthis LINK for your Virtual Screening: