You are here: Home / About / Advisory Team / Joseph J. Mangano 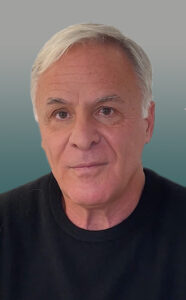 The Radiation and Public Health Project (RPHP) is a nonprofit educational and scientific organization, established by scientists and physicians dedicated to understanding the relationships between nuclear radiation and public health. RPHP’s mission includes:

Founded by the husband and wife team of physicians Eric and Louise Reiss, along with other scientists, including Ernest Sternglass PhD, a radiation physicist who testified before the U.S. Senate in support of the Partial Test Ban Treaty in 1963.

Joseph Mangano is a health researcher who has served RPHP since 1989. Mangano managed the study of Strontium-90 in baby teeth and is author or co-author of 33 medical journal articles on radiation health. Author of the books Low Level Radiation and Immune System Damage: An Atomic Era Legacy (1998) and Radioactive Baby Teeth: The Cancer Link (2008).