You are here: Home / Communities / U.S. & Pacific Islands / Republic of the Marshall Islands

Between 1948 and 1958, 43 atomic blasts rocked the tiny atoll — part of the Marshall Islands, which sit between Hawaii and the Philippines — obliterating the native groves of breadfruit trees and coconut palms, and leaving an apocalyptic wreckage of twisted test towers, radioactive bunkers and rusting military equipment. Four islands were entirely vaporized; only deep blue radioactive craters in the ocean remained. The residents had been evacuated. No one thought they would ever return.

In the early 1970s, the Enewetak islanders threatened legal action if they didn’t get their home back. In 1972, the United States government agreed to return the atoll and vowed to clean it up first, a project shared by the Atomic Energy Commission, now called the Department of Energy, and the Department of Defense.

The Marshall Islands becomes part of the Trust Territory of the Pacific Islands in 1947, created by the UN and administered by the US. In 1948 the Islanders are forced to evacuate Enewetak Atoll as US expands nuclear weapons testing program in the area. The isolated Marshall Islands were the site of the most devastating nuclear tests the US ever conducted.

To the Marshallese and their advocates, their migration to Dubuque, Iowa is a stain on the united states that keeps spreading: a failure to take responsibility for cold war-era nuclear testing that endangered a native population; for promising and then denying that population health care; for neglecting to correct for a quarter-century old mistake that deprived them of services; and for leaving them struggling against an alien system and knocking on the doors of elected officials who won’t represent their interests.

Timeline of events in the Marshall Islands

To the Enewetak Cleanup Veterans who were sent in to clean up the physical mess the U.S. created, their story and fight for health care is an ongoing battle, and while the Marshallese Islanders have at least been acknowledged.

Mr. Tim Snider with the pickup truck he used to deliver equipment on the island. ​CREDIT: Tim Snider

On Majuro, a seaside cemetery has been eroded by the rising waves.

“They did not realize we are human beings.” POLITICO by DAN DIAMOND 01/26/2020
That was before the United States nuked their homeland. Ruined their food supply. Then promised them free health care through Medicaid in return—but yanked it away in a mid-1990s welfare reform deal. In Washington, a small band of lawmakers is trying to restore the islanders’ Medicaid coverage, a fight that one Democrat already has fought and lost for a decade. Here in Iowa, meanwhile, these islanders are finding that Dubuque offers them something they desperately need: ​The promise of free health care, delivered at a local clinic. Read More

“We don’t want it. We didn’t build it. The garbage inside is not ours. It’s theirs,” said Hilda Heine, the president of the Republic of the Marshall Islands, the LA Times reports. ​The U.S. government may have detonated the bombs and built the tomb, but they are now reneging their responsibility to make sure it does its job, placing the burden on the Marshallese government because the dome is on Marshallese land, say locals. Marshallese Islander Resources

Medical Resources in the United States 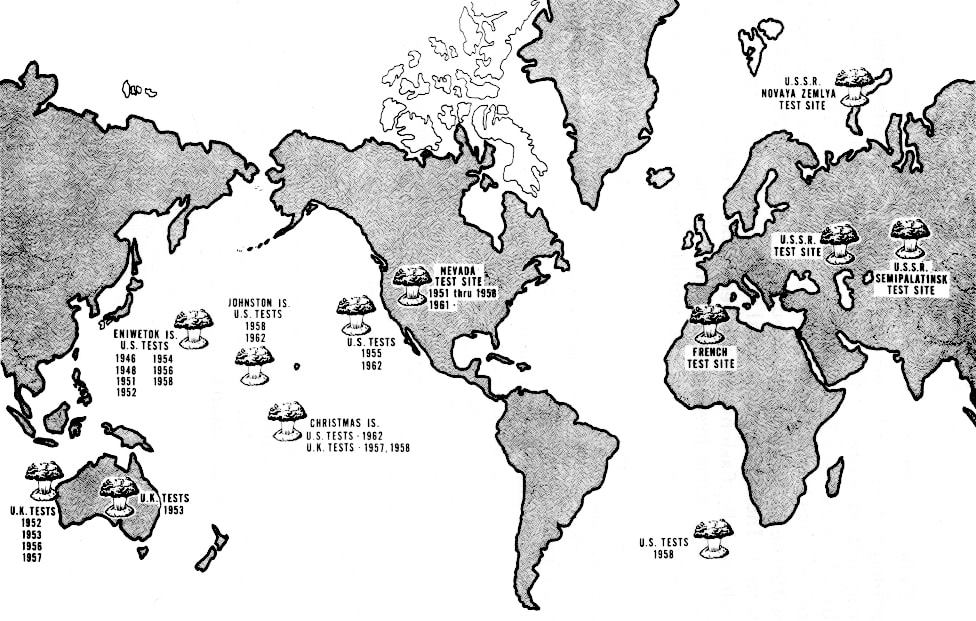 The Cold War cast a lingering shadow over generations of Atomic Veteran’s families.

If we missed your research group, ​please contact an administrator so we can get you listed.