You are here: Home / About / Still Glowing

Leveling Up the Vision for Global Ionizing Radiation Testing + Research 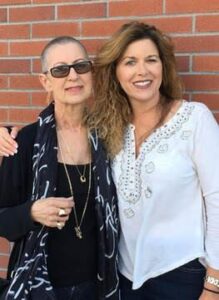 Invoking President Obama and the White House to take action required Kathy to inform Victoria she had been advocating on her behalf without her knowledge for quite some time.

“During research of Atomic Veterans and Children of Atomic Veterans I came across Victoria’s web page and felt a strong connection to her and her story. In late 2016 I began an email campaign to the White House on behalf of Victoria and others, without her knowledge, asking for help. After a few months of weekly emails, to my surprise I received a phone call from a man named Scott Bell from the Washington D.C. Veterans Administration. He said my email had bounced around the White House, made it to President Obama’s desk, then bounced around the Washington VA department with orders from the White House to “help this woman in the email”. I was given a private number to pass on to Victoria, a woman I had never met. Soon after, an autographed photo of the President with a hand signed letter and a Veterans Proclamation showed up on my porch. My next problem was how do I reach out to Victoria and convince her I’m not a crazed stalker.” – Kathy Kirchner-Sinai

“Following his probative  interview and informing me I had “bounced around the White House” when Mr. Bell followed up I was yet again in a Stanford Hospital bed, a 48 day stay that time. Scott was ‘So sorry. We could not find a program or initiative to fit you in.’

Fighting for my life, once again I was clearly abandoned by the United States government, now even at the highest level. With nowhere let to turn, it was clear something should be done to help others like me, and address the genetic and health needs of Atomic Veterans and their families globally . While I hadn’t really focused on it prior to that call, it was a clear call to action for both of us.

ChildrenofAtomicVeterans.org is our initial our to help support the growing and active online Facebook groups, started by others seeking answers and sharing resources globally.

I feel blessed at this point I was told by the US Military not to have children at 12 years old so I did not bear a human being with heartbreaking birth defects. I was advised my body would have cancers that would “track like your father’s.” For the next 18 years he had become a highly document labrat as they treated his repeatedly exposed body. I watched The Chief and my mother suffer some of the most unspeakable and devastatingly life altering effects of repeated, onsite iR  exposures.

The genetic damage first showed up in my reproductive system involved three+ years of treatments, 2 exploratory surgeries, a tubal ligation, and required a full hysterectomy by 23. Awaiting the inevitable onset and now and fighting multiple cancers are just another legacy gift from their mismanagement of the second generation of human guinea pigs that were abandoned. Militaries and nuclear researchers worldwide had extensive and protracted clearances, and like my father,  died still under his Q Cleared. Silence, never able to speak of it outside of our four walls.

With Still Glowing.org, we hope is to bring our group out of the shadows. Shining a light on our ongoing reproductive and genetic challenges should serve as a cautionary tale to this and future generations. When our paths crossed, Kathy and I found ourselves heading in the same direction but that new roads needed to be built to help us get there. So far, no one has discouraged this pursuit or downplayed the importance of it goals. As strange as my story is, it is not unique. Knowledge is empowering and there are modern cautionary tales to tell. I want others to be given the chance I was was.” – Victoria Moore

Most of us have been silenced or medically abandoned so long by our respective governments that by sharing our stories, our parents stories and banking our genetic data may be the best way to facilitate research and really help future generations of global scientists, world health care workers and GMO humans. 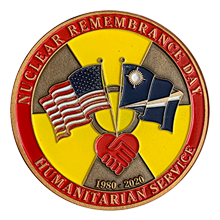 In 2020, both received an International Humanitarian Award from the United States Enewetok Atoll Atomic Cleanup Joint Task Force, Republic of the Marshall Islands representatives and supported by the frontline community of Marshallese Americans.